I had access to a number of 8-bit computers in my childhood, but my most favorite was the Atari 800, a 1.79MHz 6502-based computer with color graphics and a disk drive, and which as the predecessor to the Amiga, another favorite of mine. Over a decade later, I was struck by both nostalgia and ambition and started to write a new 8-bit Atari emulator from scratch. This is the result.

At this point, I've learned a lot more about the Atari and Altirra now emulates more than I ever had or did years ago, but I still work on it periodically. It also serves as a modularity test for the VirtualDub code base, from which Altirra shares some components. If you are struck by nostalgia too or have a desire to do some Atari development, perhaps it might be useful to you, too.

Note: Neither the author nor the software on this page is affiliated with Atari, and there is no code or software from Atari included in the downloads. All trademarks belong to their respective owners.

Altirra is designed with emulation quality in mind, sometimes over speed and polish. It's designed as a system emulator and debugger instead of a games machine, so there is some setup involved. There is a README file in the archive, but here are some quick tips:

First: Software. you need some actual 8-bit Atari (not Atari ST!) software to run. If you don't have any, it'll be a pretty boring experience. I can't give this to you for various reasons, but there are freely available demos, and if you have converted your Atari software to disk images for other emulators, those will work too. Specifically, disk images are supported in ATR, DCM, ATX, and PRO formats; some simple cartridge types are also supported, and you can directly load Atari executables as well (.obx/.xex).

Second: kernel ROMs. Altirra has an internal kernel that can be used to run Atari software, and thus you can run demos, games, and productivity software without needing any Atari ROM images. However, this kernel is reimplemented from scratch, and has some compatibility problems. Therefore, you may want to consider hooking up real kernel ROM images, which will greatly increase Altirra's software compatibility. I'm afraid I can't offer these for download, but if you have downloaded ROM images from your Atari, Altirra uses the same format and filenames as most other popular Atari 8-bit system emulators.

Third: compatibility. Altirra is designed to emulate the actual Atari hardware as closely as possible. Its compatibility has been increasing over time, and at this point it should run most software correctly. However, there can still be problems, some of which may be emulation bugs, and some of which are related to hardware emulation settings. Tips:

Do you have a CPU that doesn't support SSE2? Altirra 2.90 is the last version that will run on non-SSE2 capable CPUs.

Binaries, i.e. stuff you can run (all local downloads):

Starting with 3.10, both x86/x64 and ARM64 versions are provided. Almost all computers should use the x86/x64 package. The ARM64 package is a native ARM64 build for systems running Windows 10 on ARM on a Snapdragon 835 or higher and will run faster on those systems.

Acid800 is a test suite designed to stress 8-bit Atari emulators. It tests a wide variety of program-visible hardware behaviors and reports any deviations from actual hardware behavior, such as missing features or incorrect timing. Acid800 can be run either as a full suite or as standalone tests, with symbols and source included. Also included are the Acid5200 test suite for the 5200 SuperSystem and the AcidSAP suite for SAP players.

This is a document describing all of the interesting behavior I've discovered in the Atari 8-bit hardware.

This is the manual for Altirra BASIC, the BASIC interpreter embedded within the emulator. 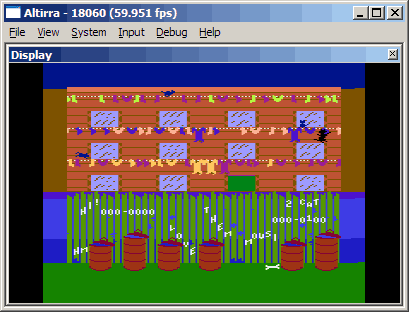 A complex screen in the game Alley Cat. 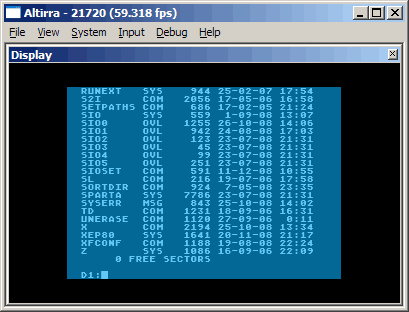 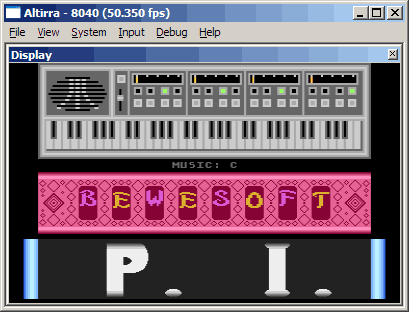 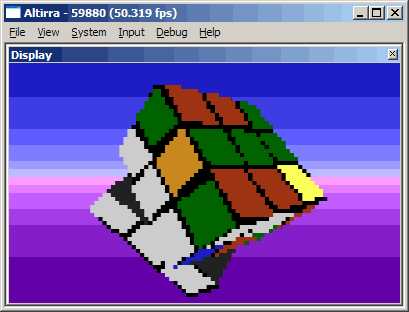 3D graphics in the Numen demo. 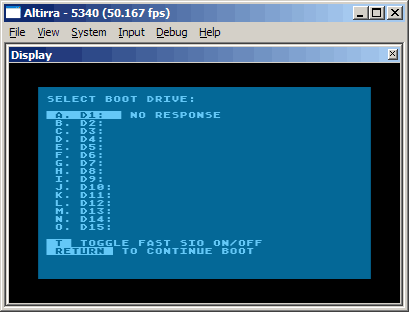 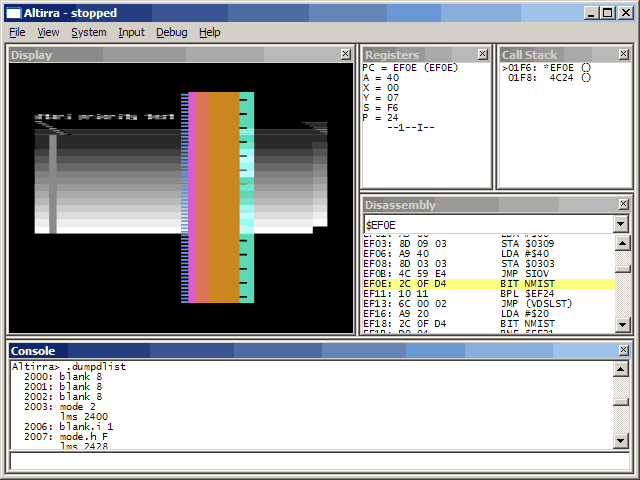 Debugging one of the GTIA unit tests. 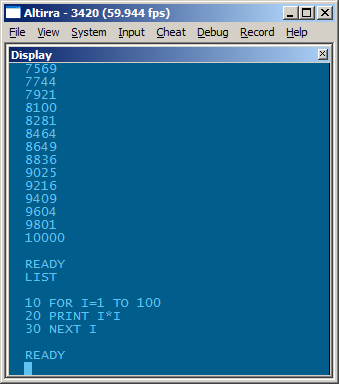